Below are some sponsored links that we support:

How good were you drawing at school? Not so good?
But you want to be, well Click Here! Drawing cute animals can start off being a very exciting and fun exercise to do,  however if you do not now how to draw it can be very painful and a sad experience. Everyone knows of that one person that was the 'artist' of their class and drew amazing drawings. If you too want to be able to draw amazing images of real life like animals including cute monkeys then Click Here! 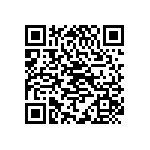 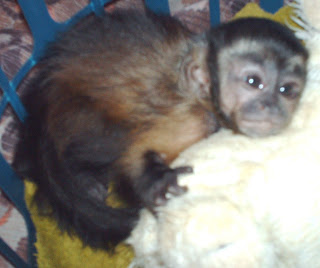 For more laugh out loud moments visit Funnydesk.com
Posted by M Murphy at 4:01 PM No comments:

In todays modern world there is a sad growing trend of online fraud. As was the case of yesteryear snake oil charmers the problem has seemed not to dissappear but instead rear its ugly head in yet another form "Online". Yes ladies and gentleman the 'scammers' know no boudaries. It has come to my attention that there has been and sadly currently is a group of people who pose themselves as 'monkey breeders' however are not in fact monkey breeders at all.

Be warned and stay vigilint, these fake monkey breeders do not and will not send you a monkey untill they have recieved 'deposit' money from unsuspecting people. There is a difference between these fake scammers and real monkey breeders.

There has been many documentaries and television reports on the benefits of caring for wayward monkeys and lets be honest there is also a lot of negative reports as well. Today we will address these issues and explore some of the justification behind the supporters and protestors of this contentious issue of adopting/buying pet monkeys.
Firstly lets differentiate the adoption part and buying of pet monkeys. On the internet these two terms are unfortunately frequently used interchangeably. Afterall it is the internet and people do often dilute the terms for one or another reason. Here we will assume buying a monkey from a breeder or adopting a monkey from a shelter or a ex-pet monkey buyer who has changed their mind on ownership.

Now from face value it would be easy to make the decision on the above assumptions that an adopted monkey would give the better overall outcome, however one should never assume 'as it can make an "ass out of u and me". There actually is more fraudsters and rip-offs in this world posing as monkey sellers/monkey foster carers that lure in unsuspecting people who would love nothing better to do than give a poor neglected monkey a good home. These people are usually very good communicators and only communicate on the phone or over the internet. Rarely do they discuss face to face with anybody. The offer of a 'free' monkey usually turns into an offer of a few hundred dollars to "send the monkey on an airplane" to their location. The dollar value can quickly increase due to quarantine/customs issues...... do you see where this is going? uhuh not a good outcome for any kind hearted animal loving individual. BEAWARE.

Pet monkey breeders on the other hand should be more often than not licensed (you can check if they have a USDA number, and all good breeders expect you to ask them and if they advertise it check them out on-line. (just to be sure)

Now lets discuss the issue of whether people should or not be able to have a pet monkey/primate in their home. Is having pet monkey any differnt to having a dog? Sure it is, they need proper treatment and attention as well as take up more of your time and money and unlike dogs are not domesticated animals. So because of those reasons should humans be able to keep them as pets? The answer to that i think is unanswerable, because like other animals there are certain breeds that take on the domesticating process a lot easier and quicker than do others. Some breeds that have less of a pre-disposition to violence than others and so on....

What do you think?

This funny verevt monkey is playing hide and seek

This site is dedicated to cute and funny pet monkeys. If you have found any funny monkey photos or videos please share them with us. Also if there are any people who have monkeys as pets or know of any monkey breeders please let us know via the comment box below.